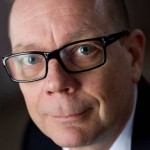 Welcome to the homepage of Sakari Pitkänen. This site is mainly in Swedish. It’s a place where I keep some of my writing and occasionaly blog. Articles and posts are mostly about media. I’ve translated one here to give you an idea of what I write about.
And here’s another one which probably is interesting only for people with limited WordPress skills, like me.

· Now: Consultant in media in the broad sense of the word.

· I have been involved in a number of digital projects of which some are still around while others is long gone. www.apotekhjartat.se, www.socialmediachart.com, www.olada.com are a few that are still live on the net.

· I am also working on two apps. TnD, which is a utlilty app for measuring Time and Distance. It will soon be in beta. Tyckare_se is an app that aggregates opinion pieces from Swedish printed press. I am developing these apps privately – and slowly.